There is no doubt that I regularly poke fun at what I call the “fan boys”, or more correctly the “fan boi’s”, in blog posts and lectures. It is hard not to resist those who paint such targets on themselves. I have had some enquiries as to who are these “fan boys” (and not to mention, the “fan girls”). This what I wrote elsewhere about what a “fan boy” is:

Traditionally they were a passionate fan of something in geek culture such as a sci-fi genre, comics or specific video games, but more recently it has been expanded to include non-geek niches. It is also considered to be a type of insult or put down and is somewhat derogatory.

Fan boys typically go into an outburst or start insulting people with ad hominem attacks when what they like or are passionate about is questioned; they often resort to many of the logical fallacies to defend their topic, especially in the context of being confronted with scientific evidence of a problem with the topic. They are also well known for a lack of objectivity in relation to the topic or niche. They tune out to facts and other opinions. Usually arguments or debates with them are futile and non-productive because of this lack of objectivity and critical thinking skills.

Typically, promoters of pseudoscience and snake oil are fan boys.

Typically the fan boy starts with a conclusion and works backward from there. A skeptic or critical thinker goes where ever the evidence takes them.
A fan boy is usually dogmatic and unyielding. A skeptic or critical thinker changes with the evidence.
They rely on cherry-picked evidence and testimonial or anecdotes. The skeptic considers the whole body of evidence and arguments.
They use vague and evasive language. The critical thinker is precise with clear definitions.
Fan boy’s are hostile when criticized, whereas the skeptic welcomes criticism and analysis.

Describe anyone you know?

I seem to be dealing with them on a daily basis. 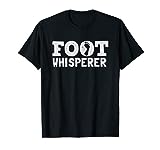 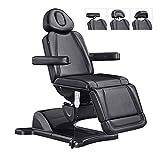