Operative Techniques in Foot and Ankle Surgery
$140.02
Buy on Amazon
SaleBestseller No. 3

Watkins' Manual of Foot and Ankle Medicine and Surgery
$75.10
Buy on Amazon
Bestseller No. 5 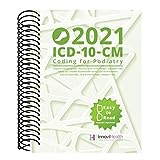 1 thought on “How does stuff like this make it into professional journals?”