During this morning live broadcast on Facebook of PodChatLive (and its on YouTube) we were discussing paediatric flatfoot and paediatric foot orthoses with Helen Banwell, a question from came in from Marc Barton that got me thinking. 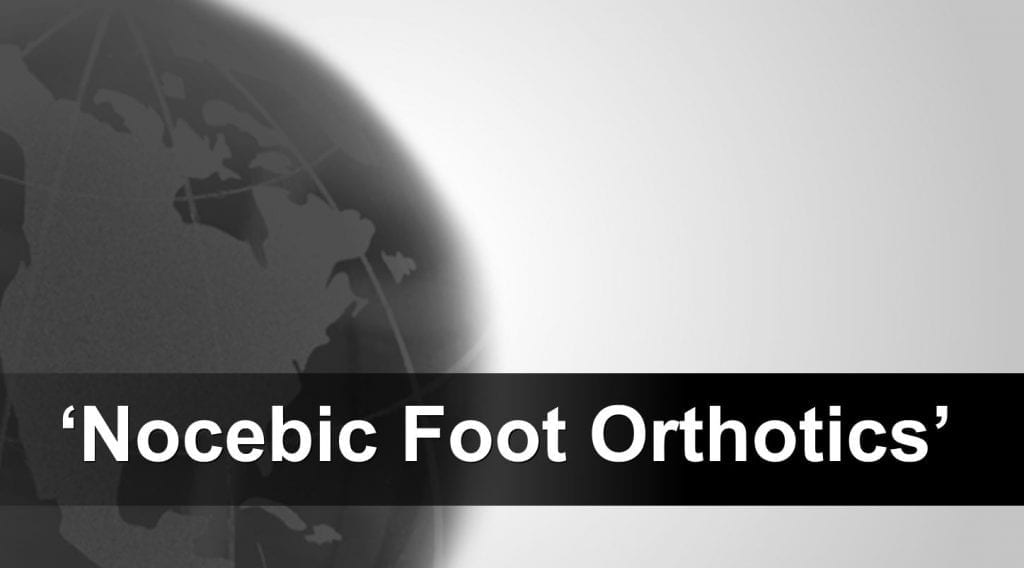 But first, some context to the thinking: we have a learnt a lot in recent years about the importance of nocebic language and just how potentially harmful to outcomes can the choice of language be. The topic has come up in several of our previous PodChatLive’s. ‘Nocebo’ comes from the Latin nocēbō: “I shall harm”. Nocebo effects are considered as adverse events or more negative outcomes that are related to negative expectations. There is quite a body of literature developing around this concept.

Marc’s question came during the discussion on that perennial issue about the use of foot orthoses in the asymptomatic paediatric flatfoot and was “Is there a worry that if we prescribe an orthosis in asymptomatic the child will ‘rely’ on it and never give it up?“. Yes, that is a problem and an issue.

In that context of the use and potential harm of nocebic language, I came up with the term: “nocebic foot orthotic“. It got a laugh. 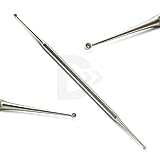 Operative Techniques in Foot and Ankle Surgery
$252.02
Buy on Amazon
Bestseller No. 4

Podiatry Business Success Secrets: The Ultimate Guide to Building A Profitable Podiatry Practice That Works Without You
$9.99
Buy on Amazon
SaleBestseller No. 5

Watkins' Manual of Foot and Ankle Medicine and Surgery
$44.09
Buy on Amazon
Bestseller No. 6 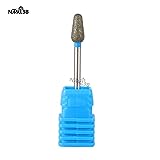 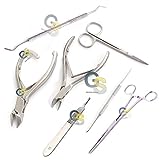 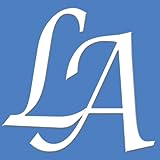 The concept of foot orthotic dosing is something that has been bubbling away under the surface for a long time now, but for some reason, not a lot of noise gets made about it, or when noise is made about it, tends to get dismissed by those who want to protect the way they did things. To introduce the concept, consider this hypothetical analogy: what if a really well conducted clinical trial was done on a very low dose of an anti-hypertensive drug and it shows that the drug does not work at that dose. Should that be used as evidence that the drug is not effective? Of course it shouldn’t, but that is exactly what is done with clinical trials of foot orthoses at low doses. As the methodology and analysis of that hypothetical drug trial was sound, should it be included in the systematic reviews and meta-analyses? It will meet all the textbook criteria to be included in a systematic review and meta-analysis, but, of course, it should not be included as the dose was low. To include it would probably be unethical as it would unreasonably bias the systematic review and meta-analysis in the direction of the drug not working (unless the review stratified the study results into different doses). It makes sense to exclude that study because of the low dose. So, why then is it acceptable to do exactly that in systematic reviews and meta-analyses of foot orthoses?

All the systematic reviews and meta-analyses of custom-made vs prefabricated foot orthoses and those of foot orthotics in plantar fasciitis conclude that there is no difference between custom made and premade and the effects sizes for plantar fasciitis are either none or small. All of the studies in those reviews used the low dose designs. How much information or guidance do those reviews really provide for clinical practice? None?

If you were to do a systematic review or meta-analysis on custom-made foot orthotics versus prefabricated foot orthotics, then you would have your standard textbook inclusion criteria (eg sample size, blinding, randomization, etc) to select the studies to include. However, surely, an appropriate inclusion criteria would also be something along the lines of the foot orthoses used in the studies are of the type and use that is commonly used in clinical practice by expert clinicians? For the custom made group, for example, did the studies include a plantar fascial groove if the plantar fascia was prominent (none of the studies I recall did that – and that may or may not be very important in plantar fasciitis); did they make the orthotic more rigid if the person was heavier (none did that either, most just use the same thickness of plastic for all); was there a first ray cut-out added if functional hallux limitus was present (none of them did that either); was the bulk of material in the device on the medial side of the highly variable subtalar joint axis if the rearfoot inversion moment needed to be reduced?; etc; in other words not one of the studies that used custom made foot orthotics used them in a way that they are typically and commonly used in clinical practice by expert clinicains, so they all should be excluded from the systematic reviews and meta-analyses.

So what do the systematic reviews and meta-analyses tell us about the difference between custom made foot orthotics and prefabricated foot orthotics. Depends: if you have a superficial understanding and knowledge of foot orthotics then you accept what they say. If you have a deeper understanding of foot orthotics and appreciate the differences between low dose and high does custom-made foot orthotics, then the conclusion of the reviews is not valid as none of the studies that they included should have been included! That does not mean that if appropriate high dose custom-made designs were used that there may still be no difference (there may or may not be); what the evidence says to me is that we do not know, as no one has done the study.

The most recent meta-analysis of foot orthoses in plantar heel pain made the conclusion that:

Foot orthoses are not superior for improving pain and function compared with sham or other conservative treatment in patients with PHP.

Did it really show that? Of course, it did not come close to showing that. Look at all the studies that they included to reach that conclusion. They were all studies using a low dose design of foot orthotic. None one of the studies included actually used foot orthotics design features that have the high dose design that actually has been shown to reduce the load in the plantar fascia! The authors superficial understanding of foot orthotics led them to include studies that should have been rejected as the foot orthotics used were not of the design that an expert clinician/thought leaders would use in clinical practice.

Time for another analogy: in the early days of shockwave therapy for plantar fasciitis, the initial uncontrolled studies showed some pretty awesome results. Once control groups started to be added, the initial results were mixed. There was one very early controlled study that was particularly well done that showed that it was ineffective. I recall it being published and I was impressed with it and stuck up for it in some online discussions on it. At that time clinicians were screaming out that that study had fatal flaws – I was dismissive of them as they just did not like the results, as the results looked pretty sound to me – the methods were good and the analysis was appropriate etc. I could not get what they were on about. Now the early systematic reviews of shock wave therapy for heel pain were not that good for its use, most likely under the influence of that very well done study that showed it did not work. Over time, more controlled studies were done that showed it worked (a few showed it did not work); so up to the present day the most recent systematic reviews and meta-analyses generally conclude now that it is effective. What I failed to grasp years ago is what was making those clinicians crying foul over that early well done negative study – what the study did was use the shockwave at a low dose; it was used at a dose below what clinicians at the time were using in clinical practice. That is why they called it fatally flawed. That then raises the question about should it have been included in the systematic reviews and meta-analyses? With hindight, I don’t think it should have been. Can you see how it would have biased them in the direction of shock wave therapy not working? Compare that to the opening analogy above on that hypothetical low dose of an anti-hypertensive drug. This starts to raise all sorts of ethical issues. Should that low dose of shockwave study be included in the systematic reviews and meta-analyses? Then, why include foot orthotics at low dose studies?

Systematic reviews and meta-analyses are supposed to be one way of eliminating bias when interpreting the pool of literature on a topic. I think the above illustrates that this is clearly not the case at all.

Another way to address this could be when researchers present their foot orthotic studies at conferences, they should describe how they did the foot orthotics in the study and then ask for a show of hands from the audience as to how many do it that way clinically. I think they will be shocked to see how many don’t put their hands up. If most of the audience do not put up their hands, then whatever the results of the study, how useful is it going to be to inform clinical practice? Last week I did a webinar on this very topic. A week before I posted a note on Facebook that I was doing this, I mentioned the low dose anti-hypertensive analogy – it triggered quite a discussion on the whole topic. One comment posted has stuck in my mind and gnawed at me ever since:

What happens at conferences: researchers present their research, telling clinicians how their work informs clinical practice; other researchers pat them on the back for an awesome job (I do know how much work goes into these studies); but the clinicians sit there rolling there eyes: “nope”. This is an oversimplified generalization but will continue until research is done that is translatable; that is the high dose foot orthoses used in studies are those that would be used by expert clinicians and thought leaders. If it is not useful to inform clinical practice, then whats the point? Research translation is not something to just pay lip service to.

Added:
We just did a PodChatLive on this topic:

Operative Techniques in Foot and Ankle Surgery
$252.02
Buy on Amazon
Bestseller No. 4

Podiatry Business Success Secrets: The Ultimate Guide to Building A Profitable Podiatry Practice That Works Without You
$9.99
Buy on Amazon
SaleBestseller No. 5

Watkins' Manual of Foot and Ankle Medicine and Surgery
$44.09
Buy on Amazon
Bestseller No. 6